Father’s day is for males, not single mothers.

Yes, I’m that female who doesn’t agree with giving shout outs to single mothers on fathers day. In my opinion, females in no shape or form can take the place of a father. Some people post on Facebook, “she was my mother and father.” Um, no. Your mother was a stressed to the max, overtime working single mother. Single mothers and single fathers should definitely get the credit owed to them for working overtime. But, why are single mothers celebrated on father’s day too? We don’t give shout outs to single father’s on mother’s day. We swear up and down that no one can take a mother’s place. Guess what? The same applies for father’s.
If you grew up in a single family household with your mother, you may understand where I’m going. I believe that no matter how hard a single mother works to be a father for her child, she can’t do it. No female on earth can take the place of a male in a child’s life. When boys grow up they need a male to teach them and show them about manhood. Those are things a female cannot offer. A boy will grow up wanting a male in his life. He will find it in the streets or other places. Trust, he’s going to find that father figure sooner or later. If he doesn’t find a positive male role model, he will eventually cling to the wrong fatherless group who is also looking for the same guidance. If it’s in the streets, there’s an O.G. waiting to be an influence. It’s not a knock on singles mother’s but children need a positive male and females can’t take that place.
On the other side, you have young ladies raised by single mother’s who grow up looking for that male validation. Mother’s can’t show a female what she needs and deserves from her male companion. No matter how much a single mother loves, guides and gives her opinion on males, females in turn can grow still searching for the “right man” to come along. How many times have we witnessed a young lady going from guy to guy? How many of those young ladies live in a household with an absent father? That’s not to say, every “loose” young lady didn’t have a father. Nor am I blaming the single mother for the decisions of the daughter. I am saying that, a mother cannot take the place of a father.
We all love to celebrate our mothers beyond Mother’s day. However, father’s day belongs to those males who guide and love our children. Those males can be their biological father, stepfather, grandfather, uncle, teacher, counselor, older cousins and brothers. Use that day to celebrate the males who positively influence our boys and girls. 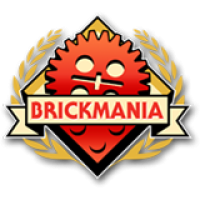